Governance is commonly defined as the exercise of power or authority by political leaders for the well-being of their country’s citizens or subjects. It is the complex process whereby some sectors of the society wield power, and enact and promulgate public policies which directly affect human and institutional interactions, and economic and social development. The power exercised by the participating sectors of the society is always for the common good, as it is essential for demanding respect and cooperation from the citizens and the state. As such, a great deal about governance is the proper and effective utilization of resources.

From the information learned in the discussion of governance, the people, most especially the citizens, will be aware of the need for good governance. Consequently, such awareness should move them to action. For their continued empowerment and sustainable development, they have to know how to fight for their rights by knowing what to expect from Philippine governance. Thus, what will follow is an exposition of the basic concepts of governance, the ideal type of governance, and the status of the Philippines vis-à-vis the indicators of good governance.

PROCESSES AND ACTORS IN GOVERNANCE

Systemic corruption has long been a problem in the Philippines that like a malignant tumor it keeps on sucking the life out of the country. Allegedly, it is the key officials in the government who direct the perpetration of this crime. What became clear from a long string of corruption and plunder cases is the true motive of many aspiring politicians – money. The huge amount of money spent during election campaigns are but mere investments for a more profitable return during their term in office.

In addition, the justice system is flooded by legal practitioners who are experts at circumventing the law. Circumvention happens when there is compliance with the letter of the law but violation of its spirit and purpose. Due to technicalities, for instance, highly paid lawyers can find ways for their rich and powerful clients to evade the law. Although apparently there is observance of law, it is only superficial as the real end of the law is forfeited. As such, there is a concomitant violation of fundamental rights of the people and ineffective administration of justice.

CURRENT STATE OF GOVERNANCE IN THE PHILIPPINES

[5] This trend gave rise to the so-called “rights-based approach.”

[7] Before government records are tied using red tapes, and after being tied they just stay in the offices without being acted upon. This has become a source of corruption because government officials and civil servants may require brides from the stakeholders to accommodate their requests.

2 comments on “WHAT IS GOVERNANCE?”

This entry was posted on August 21, 2014 by tamayaocsu in Politics and Governance. 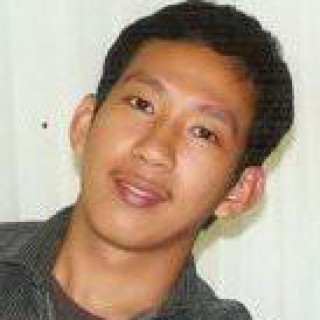 Tuguegarao City, Cagayan Atty. MICHAEL JHON M. TAMAYAO manages this blog. He is currently starting his private law practice. Contact: mjmtamayao@yahoo.com; Tel. No. 09353343739. PROFILE: Atty. Tamayao is currently teaching law, philosophy and social sciences at the Cagayan State University. He finished his Bachelor of Arts in Philosophy degree at the Faculty of Philosophy, University of Santo Tomas and graduated in 2005, garnering the highest academic honors in that Academic Year. He pursued Licentiate in Philosophy and Master of Arts in Philosophy degrees at the same university, completing them both in 2007. In 2009, he took up Bachelor of Laws and Letter at the Cagayan State University, where he also teaches. He passed the 2013 bar exams, and now currently taking up Master of Laws and Letters at the San Beda Graduate School of Law.